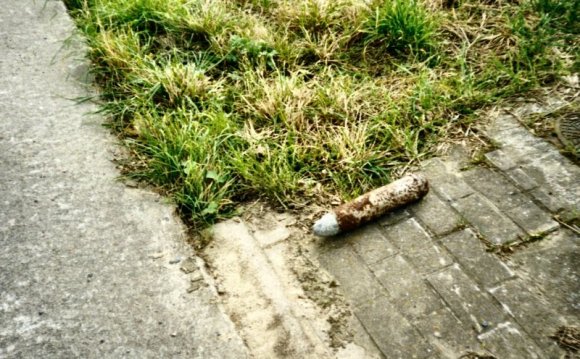 ‘In the shallow ditch outside that Le Touret farm, among the black mud now nearly dry, were to be seen a variety of old grenades brown with rust, tumbled in with tin cans and broken harness.

‘I looked at them with suspicion; and later on, returning on some errand, I saw them again. Why did no one see to it that these relics were duly destroyed? For that same summer they brought death to some sauntering Tommy whose curiosity led him to disturb the heap, seeming safe because of its antiquity.

‘This was a characteristic of the war – that long talon reaching for its victim at its leisure.’