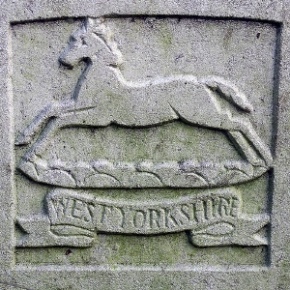 Leeds City Council is attempting to trace relatives of a World War I soldier, whose name was found in a 100-year-old national roll book.

A report in the Morley Observer states the book, one of just 14 published, was discovered at Leeds Civic Hall and was presented to sergeant major A Lake at Leeds Carlton Hill barracks in 1919.

A highlighted passage states that Lake volunteered in September 1914. He served in several engagements including Bullecourt and Cambrai with the West Yorkshire Regiment.

He was demobilised in December 1918.

According to the book, Sergeant Major Lake’s address at the time was 5 Kelsall Grove in Leeds.

Lord Mayor of Leeds Councillor Ann Castle said: ‘This rare book… has been deep in the council archives for many years. We would be delighted to reunite it with the soldier’s family and I sincerely hope they come forward.’

This entry was posted in News, Soldiers of the Great War and tagged 1914-1918, 1918, Carlton Hill barracks, Leeds, West Yorkshire Regiment. Bookmark the permalink.