Jack was the son of Captain John Francis Hyde and Marianne Hyde of 131 Adelaide Rd, London. He was born at Hyde End, Berkshire, and had a twin brother who also served in the Royal Navy in World War I.

He died of Spanish influenza in London in 1918 and is buried in Hampstead ceremony.

There is more about lieutenant commander Hyde and his family here. 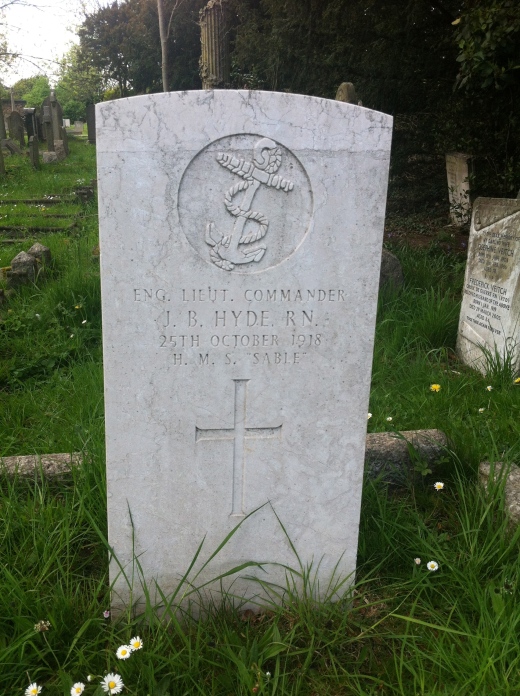