Anniversary of the death of Archduke Franz Ferdinand 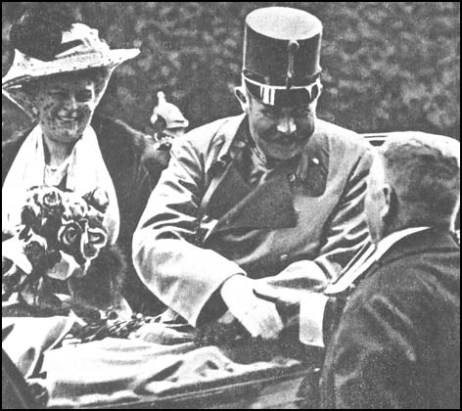 It was 99 years today that the Austrian Archduke Franz Ferdinand was assassinated, leading ultimately to the outbreak of World War I.

The Archduke was in Sarajevo to inspect Austro-Hungarian troops when he and his wife were shot dead by Serb nationalist Gavrilo Princip.

Had his driver not got lost and taken a wrong turning there is every possibility Princip would not have had the opportunity to shoot and history could have been very different… although the Serbs had already tried to kill Franz Ferdinand earlier that day and would probably have tried again.

A month later, on July 28, the Austro-Hungarian empire declared war on Serbia. German statesman Otto von Bismarck had suggested decades earlier that Europe’s peace would be destroyed by some unpleasant incident in the Balkans and, as usual, he was correct.

2 Responses to Anniversary of the death of Archduke Franz Ferdinand