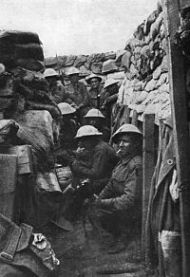 The CWGC has erected headstones to mark the graves of five newly identified Australian soldiers of World War I.

The CWGC erected new headstones with the identified soldiers’ details ahead of annual commemorations to mark the Battle of Fromelles on 19 July.

The identification of the five soldiers was confirmed by the joint Australian Army and UK Ministry of Defence project team.

The Battle of Fromelles was the first major engagement fought by the Australian Imperial Force in France. The 5th Australian Division suffered more than 5,500 casualties (killed and wounded) in 24 hours. The British 61st (South Midland) Division reported over 1,500 killed, wounded and missing.

‘It’s very significant for us to have him identified and have him in a marked grave now with his name on it honouring the sacrifice he made,’ Mr Barber told AAP. ‘He can now rest in peace.’

Private Barber, from Goolwa, South Australia, was 47 years old when he was killed.