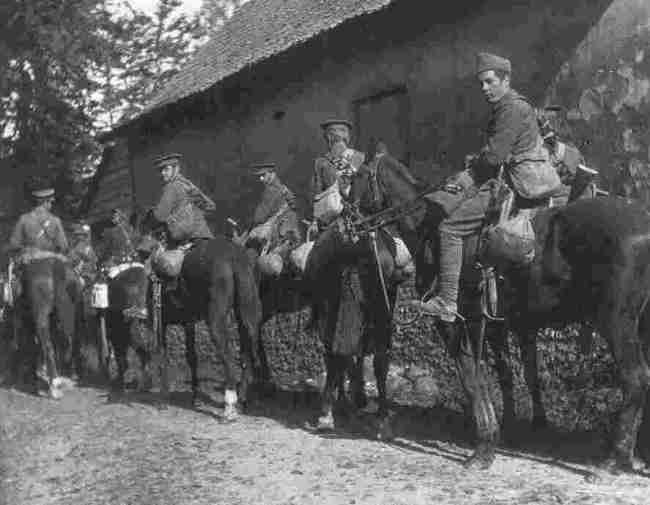 CWGC has launched a Retreat from Mons Remembrance Trail.

The Battle of Mons was fought on 23 August 1914. Heavy fighting took place in the city and the surrounding area and by the evening the British Expeditionary Force had begun a tactical retreat. In the two weeks that followed, the British units fell back all the way to the outskirts of Paris – around 200 miles away.

The remembrance trail tells the story of those times and of the men who were involved.

It comprises 10 CWGC sites, beginning with St Symphorien Military Cemetery on the outskirts of Mons, where the first British casualty of World War I, private John Parr of the 4th Battalion Middlesex Regiment, is buried.

Other places on the trail include Le Cateau Military Cemetery, where British casualties from 1914 were buried close to a site that later became a major German hospital centre.

Etreux Military Cemetery is the last resting place of many members of the 2nd Battalion Munster Fusiliers, whose rearguard action helped the British III Corps escape.

Néry Communal Cemetery is near where soldiers from the Royal Horse Artillery and several cavalry units who held back a much larger German force on 1 September 1914.

La Ferte-sous-Jouarre Memorial commemorates almost 4,000 officers and men of the BEF who lost their lives at the battles of Mons, Le Cateau, the Marne and the Aisne between August and September 1914.

The trail also tells the story of some of the men involved in the retreat by using interpretation boards and mobile phone downloads. Among them is lieutenant colonel George Morris of the Irish Guards, who was killed on 1 September 1914 as the 4th (Guards) Brigade fought a rearguard action in the Forêt de Retz near Villers-Cotterêts. He is buried at Guards’ Grave Cemetery.

CWGC suggests the 250-mile trail is completed over two to three days. Driving time involved is around six hours.