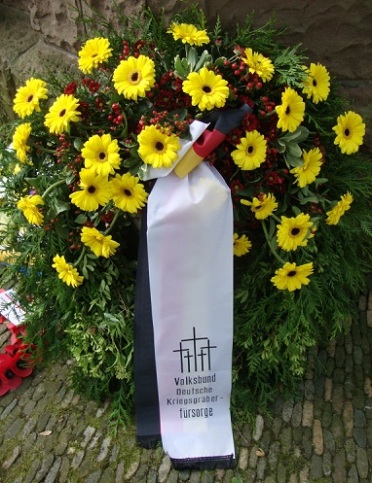 On 5 October, a commemoration ceremony was held at Menen Wald German Military Cemetery by the city of Menen and the municipality of Wevelgem.The event was supported by the Volksbund Deutsche Kriegsgräberfürsorge (VDK).

Menen Wald, with 48,049 burials, is the largest German World War I cemetery in Europe.

The event marked the publication of the history of the cemetery and of all those former German cemeteries that were concentrated into Menen Wald over the decades.

The ceremony was attended by the German ambassador to Belgium, Dr Eckart Cuntz and other dignitaries. The CWGC was represented by France and Northern Europe area director, Ian Hussein.

Construction of Menen Wald began in June 1917 and, by the end of the war, there were 2,664 casualties here, including 30 Commonwealth airmen and prisoners of war who had died in captivity.The Commonwealth war dead were later reburied at Tyne Cot Cemetery and Harlebeke New British Cemetery.

The German cemetery was enlarged around 1930 and again in 1955-1956. It is one of the four remaining German military cemeteries in West Flanders.