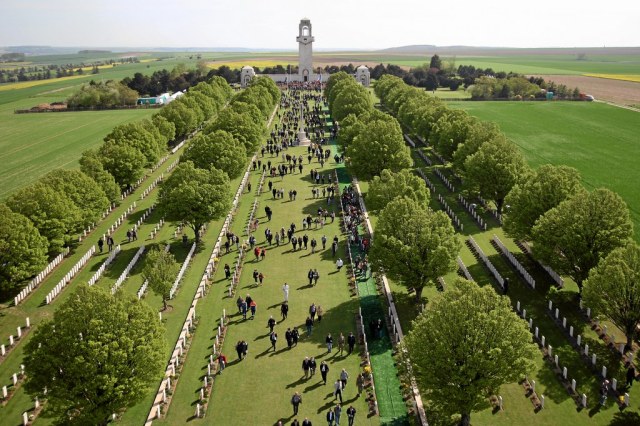 The family of an Australian Aboriginal soldier who was killed during the First World War have been reunited with his war medals.

Private Arthur Walker’s great-grandson, John Lochowiak, was given the medals by a relative after she saw him at the unveiling of the Aboriginal and Torres Strait Islander War Memorial.

Mr Lochowiak said: ‘Being killed overseas is a big deal for anyone, but in Aboriginal tradition where you are born is where you return when you die, so Arthur was separated from his country.

‘It’s overwhelming to think his mother received these medals after he was killed and now they are back in the right place.’

Private Walker enlisted in 1914 aged 32. He landed at Gallipoli on 25 April, 1915, with the 10th Battalion Australian Infantry. He survived the campaign was killed on the Western Front in 1916 serving with the 50th Battalion. He is commemorated on the memorial to the missing at Villers-Brettonneux.

Lochowiak added: ‘What’s significant is in order for him to enlist he had to say he wasn’t Aboriginal and lie about being married, because of the policy of the time. Because he wasn’t listed as married, the medals were sent to his parents who passed them on to his sister and they went down another side of the family.

‘Getting the medals back is better than winning the lottery because we’ve also found my aunty and cousins.

‘His body hasn’t come home but it’s almost like his spirit has, 100 years later, so our family is complete.’

The family has a tradition of naming a son in each generation ‘Anzac’ in Private Walker’s memory. The latest holder of the name being 12 years old.

There is more about Australian Aboriginal soldiers in the First World War, here.