Hidden away in a gateway in London’s Highgate Village are two restored First World War memorials.

One carries the headline: ‘In proud memory of members of Highgate Camp who gave their lives in the Great War.’

Private Herbert Heavingham (21) of the London Rifle Brigade, who was killed on 27 April 1915 and whose name also appears on the Menin Gate at Ypres.

Lance-sergeant Frank Hocking DCM (21) of 7th Battalion, the Middlesex Regiment who died on 14 May 1915 and is buried in Highgate Cemetery.

Lieutenant Edward Grimwade (31) of 9th Battalion, Lancashire Fusiliers, who was killed on 17 September 1916 and whose name also appears on the Thiepval Memorial to the Missing. 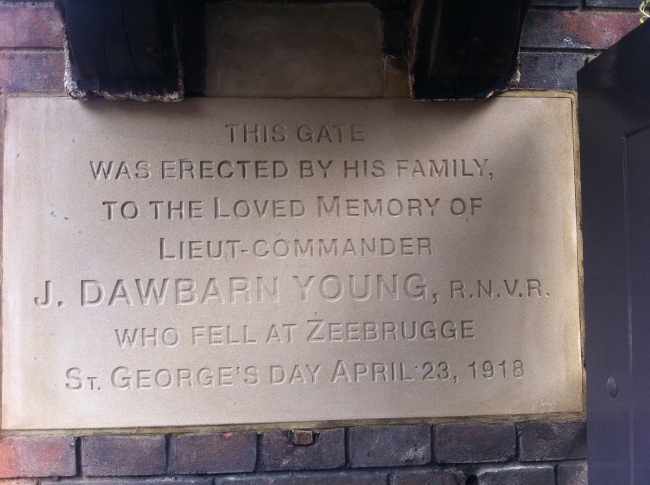 The opposite panel is dedicated to lieutenant-commander J Dawbarn Young (40) of the RNVR, ‘who fell at Zeebrugge’ on 23 April 1918 and is buried at Saunderton in Buckinghamshire. He was a graduate of London University and a surveyor by profession, whose parents were living at a house on North Hill, Highgate, in 1901.

An excerpt from the Ostend and Zeebrugge Dispatch, by Sir Roger Keyes states: ‘Lieutenant Commander Dawbarn Young, RNVR, was in command of ML110. He had volunteered to precede the block-ships and light the entrance of the harbor and canal with calcium buoys. Whist approaching the entrance ML110 was struck by three shells, which killed and wounded half the crew and wrecked the engines.

‘Lieutenant Commander Young, hit in three places, was mortally wounded, but stuck to his post and gave orders to abandon ship, until he collapsed. This very gallant officer died before reaching Dover.’ 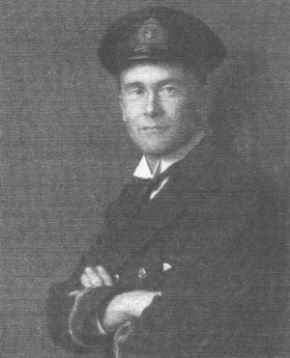