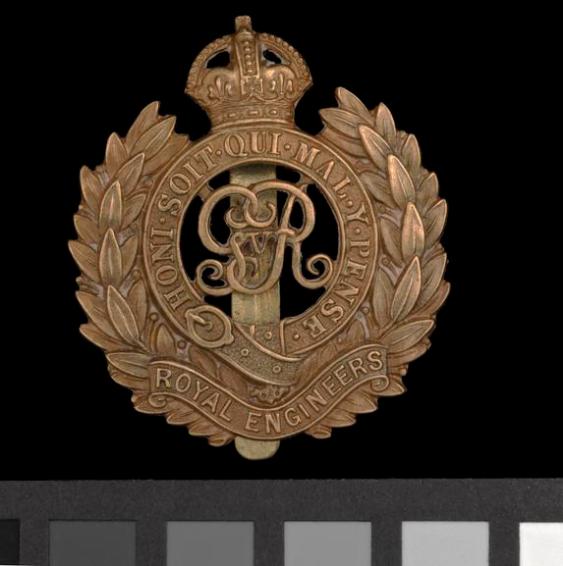 A two-tonne marble memorial has been rededicated in Gateshead as part of commemorations of the Centenary of the First World War.

The memorial has been rededicated in a prime position overlooking the Tyne in the grounds of St Mary’s Heritage Centre in the town. It was uncovered eight years ago in a corner of a Gateshead Council depot where it had lain forgotten for decades.

After a public appeal for information, it was identified as a memorial from the former Park Terrace Presbyterian Church in Gateshead, which was demolished in 1964. When soldiers of the Royal Engineers – whose 72 Regiment received the Freedom of the Borough of Gateshead in 2011 – found out that one of the soldiers on the memorial, sapper George Wood, had belonged to their regiment, they volunteered to create a memorial garden at the St Mary’s Centre, with the stone as centrepiece.

Sapper Wood lived in Alston Terrace in Bensham, Gateshead, and was working in 1911 as a marine fitter. In August 1915, he enlisted in Newcastle in the Royal Engineers and was killed in action, aged 26, near Armentieres in France in September 1915.

‘George Wood was an ordinary man from a street in Gateshead. We don’t even have a photograph of him,’ said memorial project co-ordinator Ednie Wilson.

‘But he is everyman. He symbolises every mother’s son, everybody’s brother.

‘He was one of the thousands who signed up in the days of the outbreak of the war in what we know was glorious summer sunshine.

‘We can only thank whoever had the presence of mind not to demolish the memorial stone along with the church in 1964.’

The memorial project has been backed by a grant of £9,600 from the Heritage Lottery Fund through its First World War Then and Now programme.