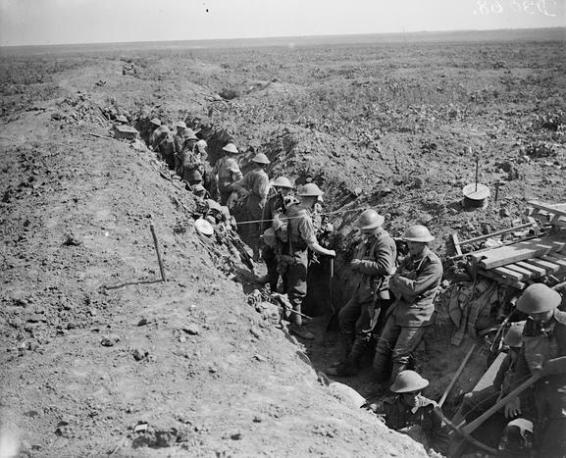 A soldier who was reputed to be the tallest man in the British Army during the First World War will be remembered in Devon later this month as part of commemorations of the Centenary.

Harry Barter stood more than 6ft 9in and served with the Grenadier Guards during the First World War. He was wounded in action at the First Battle of Ypres and was later transferred to the Labour Corps.

He would later tell family members about having to remember to duck to avoid snipers when in the front line trenches. He died in 1926, partly as a result of wounds sustained in Belgium.

On Sunday 29 July a concert will be held at Littlehempston church to remember Grenadier Barter and the 31 other village men who served in the war. Of these, six were killed.

Among them was lieutenant Wymond Pole Carew of the Duke of Cornwall’s Light Infantry, who was killed near Ypres in November 1917. Educated at Marlborough College, Pole Carew had been ADC to the Governer of Bombay and had won the Gold Medal at Sandhurst Military College in 1916.

Also remembered on the memorial is 19-year-old second lieutenant William Ricketts of the Leinster Regiment and trumpeter Sidney Smerdon of the Royal North Devon Hussars, who died in Egypt in 1915.

Tickets for the concert can be purchased from the Totnes Information Centre.