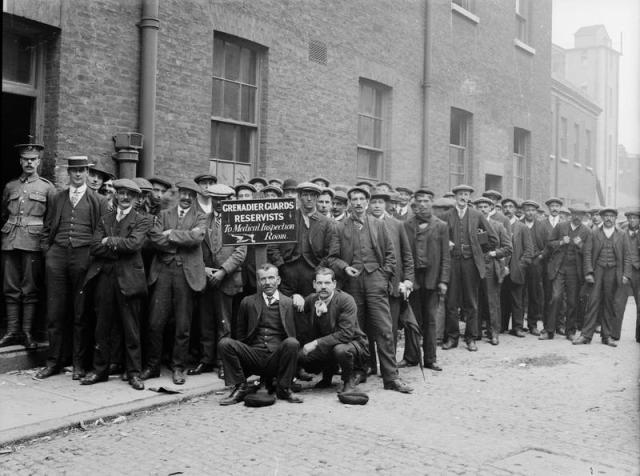 Reservists queue to rejoin the British Army on 5 August 1914. The men are former members of the Grenadier Guards who have been recalled following the outbreak of war and are awaiting a medical examination at Wellington Barracks, Chelsea.

While some look confident and cheerful, there is clear anxiety on the faces of others – such as the four men to the left of the sign and the two seated beneath it. The tall man in the boater hat, next to the soldier in uniform, on the other hand looks tremendously relaxed.

There also seems to be a wide range of ages. Even taking into account that some of this men would have had tough lives and hard jobs, some look as though they are well into their thirties.