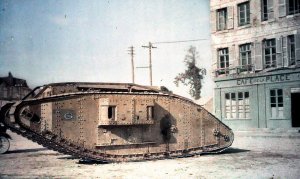 A British tank waits in a street in Péronne

To mark the Centenary of the First World War, publisher Taschen has produced a fascinating volume dedicated to colour photographs from the conflict.

Entitled The First World War in Colour it brings together more than 320 images brought together from archives in Europe, the US and Australia. 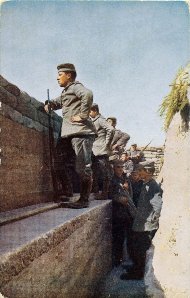 Subject matter is wide and varied, covering the mobilisation of 1914, through soldiers in moment of relaxation, to developing military technology and victory celebrations in 1919. 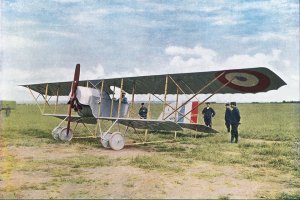 Since the autochrome process required a relatively long exposure time, almost all of the photos depict carefully composed scenes of rear areas, static machines and towns affected by war.

The First World War in Colour is published by Taschen, price $59.99. To find out more about the book, click here. 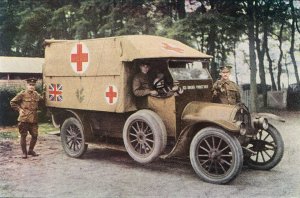 A British ambulance and RAMC crew, 1914 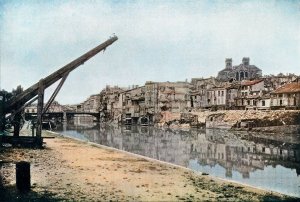 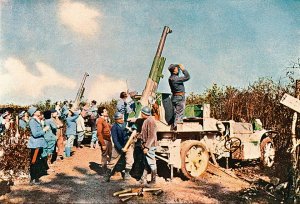 This entry was posted in News, World War I memoirs. Bookmark the permalink.