Missing First World War soldiers to be reburied in France 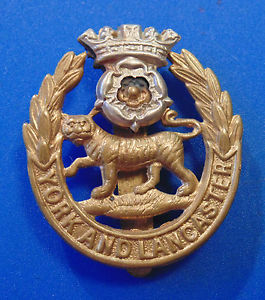 Some 15 British First World War casualties are to be reburied at the Y Farm Cemetery at a ceremony in France on 22 October, 100 years after they were killed during an offensive close to the border with Belgium.

The soldiers were serving with the 2nd Battalion, York and Lancaster Regiment, when they were killed during an attack.

Some 835 men who died in the First World War are currently buried or commemorated at the Y Farm Cemetery, named after nearby Wye Farm in the village of Bois Grenier.

The 15 men have, up until now, been commemorated on the Ploegsteert Memorial near Ypres, Belgium. Now, with the use of DNA, 11 of the men have been identified by the UK’s Ministry of Defence.

The ceremony begins at 11.30am on 22 October and is open to the public.