Thiepval Memorial to be restored 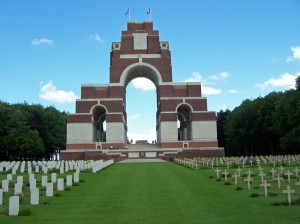 The Commonwealth War Graves Commission (CWGC) has announced plans to restore the Thiepval Memorial to the Missing, prior to the anniversary of the Battle of the Somme in 2016.

In particular, the CWGC will be addressing issues with water ingress and drainage.

From mid-June 2015 the memorial will be obscured in parts by scaffolding, and at times during the project the four name panels facing the Stone of Remembrance will not be accessible.

This entry was posted in Events and tagged 1916, 2016, Battle of the Somme, CWGC, Thiepval. Bookmark the permalink.