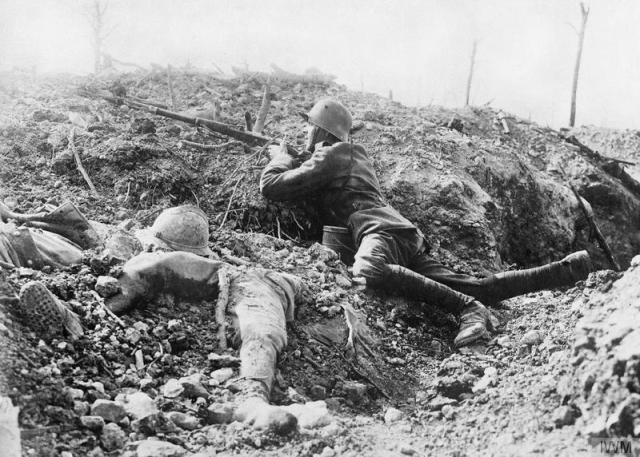 A German soldier takes cover at Verdun, a dead French soldier lies to his left

The restored Mémorial de Verdun Museum will open its doors on 22 February; prior to the official centenary of the battle in May this year.

The renovated building, by Brochet Lajus Pueyo architects, has added 1,900sq m of space at a cost of €12.5m.

Visitors will follow in the footsteps of a French soldier on his way to the front – the so-called ‘Mincing Machine’ that cost many thousands their lives.

It is unclear how many soldiers were killed at Verdun. Latest estimates suggest there were around 377,000 French casualties and around 337,000 German.

All the museum’s original founders had fought at Verdun. Their plan was to create a replica of the battlefield as the central exhibit. This has now been extended with an extensive audiovisual display. 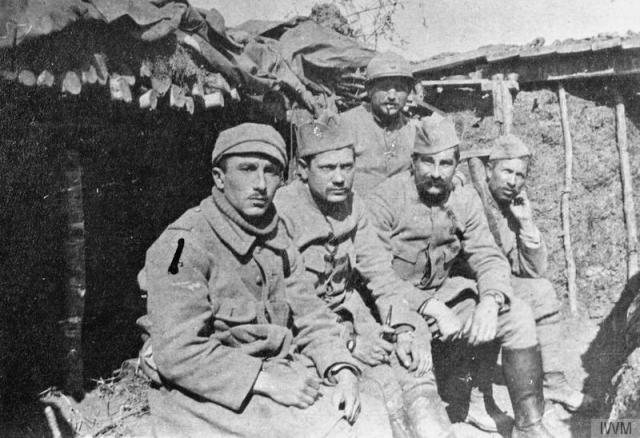 French troops, their faces etched with anxiety, in a trench at Verdun in 1916

Also on show are the everyday objects that the ordinary soldiers carried into action – providing an evocative link with the men who found themselves caught up in a hellish situation so far removed from their normal lives.

In many cases, these unassuming items were all that remained of the men who went missing in the terrible, churned-up mud of the battlefield or were blown to pieces during its bombardments.

Curator Edith Desrousseaux de Medrano said: ‘A tour of the Memorial Museum leaves a lasting impression. Visitors are brought face to face with history, and with those who shaped it beneath the shells and in the mud of Verdun.’

The official ceremony marking the centenary of the Battle of Verdun is scheduled for 29 May 2016. For more on the commemoration go to www.verdun2016.org

For more about the Mémorial de Verdun, go to http://memorial-verdun.fr/

A German infantry platoon prepares to march to the front at Verdun, 1917

This entry was posted in Events. Bookmark the permalink.