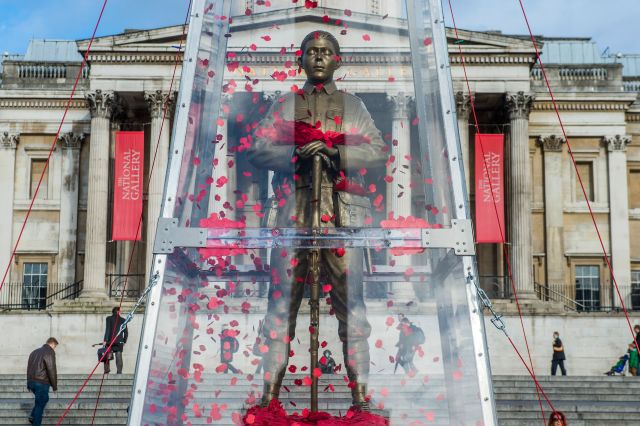 A First World War themed sculpture has been unveiled in Glasgow to raise awareness of the Scottish Poppy Appeal.

The Every Man Remembered statue, which stands approximately 23ft high, stands on a block of limestone from the Somme area of France and is encased in a glass box among thousands of poppies that float in the air.

Designed by artist Mark Humphrey, the statue has been placed in Glasgow’s George Square. It had previously made appearances in London’s Trafalgar Square (pictured above) and in Cardiff in 2014 and 2015 respectively. 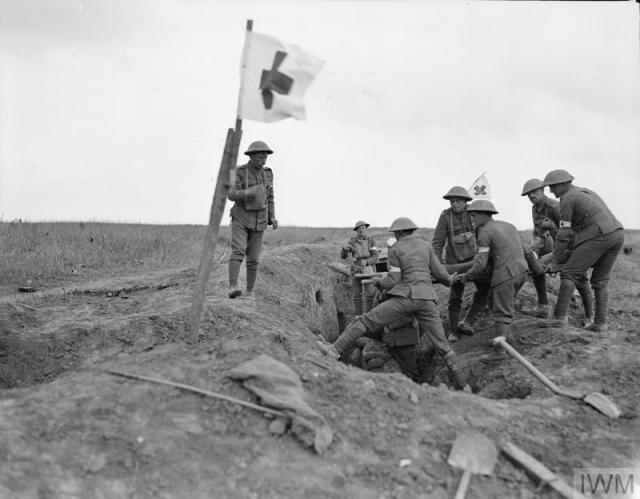 Mark Bibbey, chief executive at Poppyscotland, said: ‘The poppy continues to be a symbol of remembrance for those who have fallen but it also serves as a reminder of the living who still need our support.

‘In fact, one in eight veterans have a fundamental unmet need for support and more than half suffer from a long-term illness or disability.

‘That’s why we need the Scottish public to make their donation and wear their poppies with pride, so that we can be there for our ex-servicemen and women when they call for back-up.’

For more about the Royal British Legion’s Every Man Remembered campaign, click here.