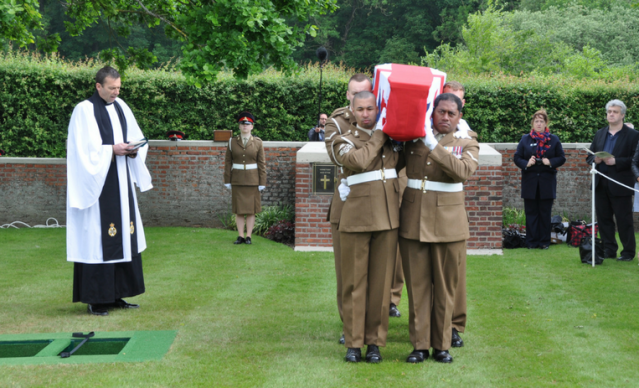 The body of a British infantry officer, missing for more than 100 years, has been reburied in Belgium.

Second lieutenant Eric Henderson was serving with the 8th Battalion London Regiment (Post Office Rifles) on 7 June 1917, when his unit went over the top on the first day of the Battle of Messines.

The battalion was tasked with attacking a portion of the German front line and a blockhouse known as the Dammstrasse. However, many were hit by machine gun fire both from this objective and also from German troops dug in within the grounds a large house known as the ‘White Chateau’. 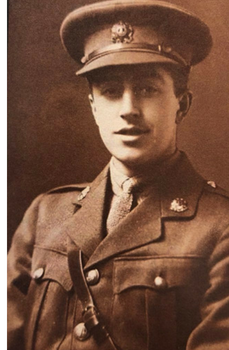 Second lieutenant Henderson’s remains were discovered during road works. Several distinctive items helped with his identification, including a silver coin engraved with his name, rank and unit.

He was born on 10 November 1895 in Heckmondwike, Yorkshire, the son of Reverend Joseph Graham and Emily Alice. He had a brother, Charles and a sister, Elsie. The family lived in Barnet, Hertfordshire and Charles also served in the First World War.

Judith Leyman, Charles’ grand-daughter and Eric’s great niece, said on behalf of the family: ‘Being here in Ypres, and knowing Eric’s resting place, means an awful lot to us. He wasn’t a dusty memory in our family, but part of our mental landscape.’ 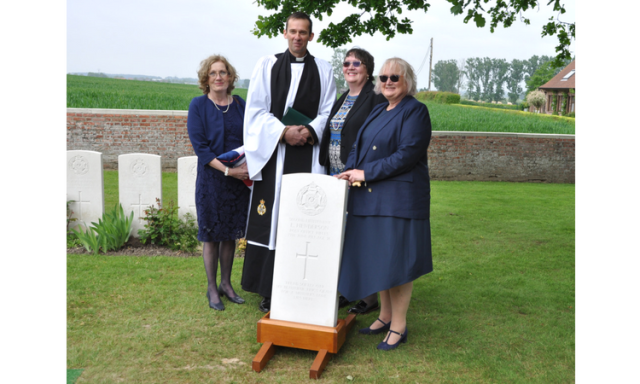 This entry was posted in News, Soldiers of the Great War and tagged missing. Bookmark the permalink.