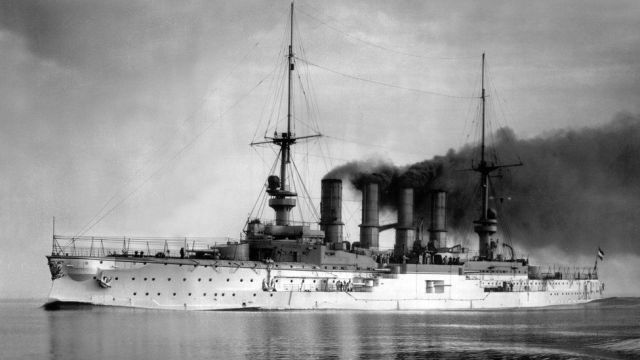 SMS Scharnhorst: she was sunk by the Royal Navy in 1914 with the loss of more than 800 men

Divers have discovered the wreck of a First World War German cruiser close to the Falkland Islands in the South Atlantic.

SMS Scharnhorst was sunk by the Royal Navy on 9 December 1914 with the loss of more than 800 men.

Among those who died was German Vice-Admiral Maximilian Graf von Spee, who was using the Scharnhorst as his flagship.

Marine archeologist Mensun Bound said the find was astonishing. “Suddenly she just came out of the gloom with great guns poking in every direction. As a Falkland Islander and a marine archaeologist, a discovery of this significance is an unforgettable, poignant moment in my life.” 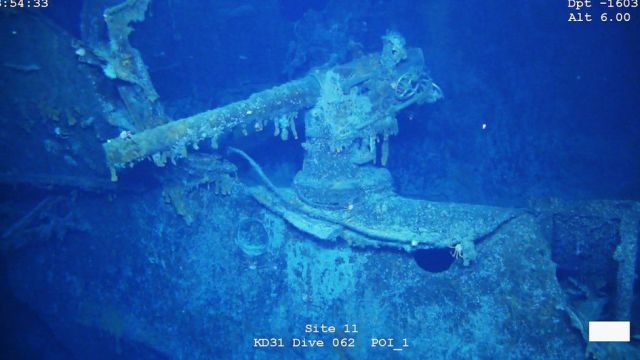 Scharnhorst was part of the Imperial German Navy’s East Asia Squadron and she had already taken part in the Battle of Coronel off the coast of Chile. That encounter ended with two of four Royal Navy ships sunk with the loss of more than 1,600 men. Not a single German sailor died.

Five weeks later, however a British force led by HMS Invincible and HMS Inflexible attacked and sank Scharnhorst, before pursuing the remainder of the German squadron.

Vice-Admiral von Spee’s two sons were also killed, Heinrich on board SMS Gneisenau and Otto aboard the light cruiser SMS Leipzig. Around 2,200 German sailors lost their lives in the battle.

Wilhelm Graf von Spee, the current head of the von Spee family, said: “We take comfort from the knowledge that the final resting place of so many has been found, and can now be preserved, whilst also being reminded of the huge waste of life.

“As a family we lost a father and his two sons on one day. Like the thousands of other families who suffered unimaginable loss during the First World War, we remember them and must ensure that their sacrifice was not in vain.”

This entry was posted in News and tagged archeology, Falkland I slands, navy, Scharnhorst. Bookmark the permalink.