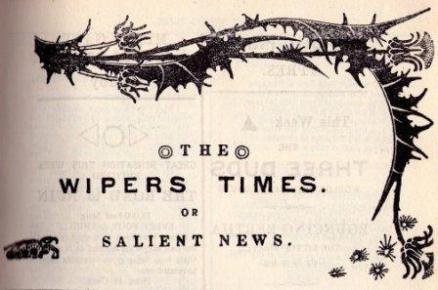 Michael Palin is to star in a BBC Two film about a satirical magazine published during World War I, reports chortle.co.uk.

The film, The Wipers Times, has been written by Ian Hislop and Nick Newman and is based on the true story of Captain Fred Roberts who found a printing press in a ruined building in Ypres, Belgium, in 1916.

It published articles making fun of the situation in which British troops found themselves, with cartoons, poetry and humorous ‘advertising’.

Ben Chaplin will play Captain Roberts, of the 12th Battalion Sherwood Forresters, while
Palin co-stars as General Mitford, a supporter of the paper, who recognised its worth to morale.

Ballywalter Park Estate in County Down is providing the backdrop for Ypres and the Somme, and filming will take place across Northern Ireland over the next few weeks.