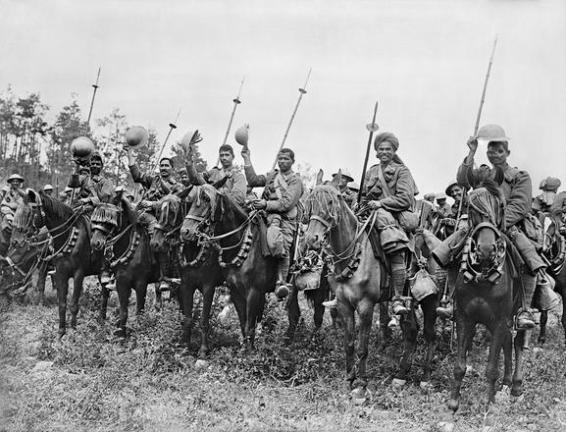 Members of the Indian cavalry on the Western Front

Officials at the London Borough of Hillingdon are asking local residents to share their World War I memorabilia.

The west London council is planning its commemoration of the Centenary and local historians are looking for anyone with letters, photographs, diaries, medals or other militaria to form part of an exhibition.

Areas of particular interest include the Western front, the role of women and the experiences of ordinary Londoners. Hillingdon being a racially diverse borough, officials are also keen to emphasise the contribution made by troops from the Commonwealth – in particular nations such as India, Pakistan and Bangladesh.

This entry was posted in Events and tagged Centenary of World War I, events, Indian troops in World War I, London, memorabilia, news, Western Front, Women. Bookmark the permalink.